As you may have seen elsewhere, following storm Ciara there is a car on our white water course on the river Calder at Sowerby Bridge. At current levels only the very bottom of the car chasis and wheels are visible.

This has been reported the Environment Agency, and will be removed in due course, but they have told us it is not a priority at the moment when there resources are stretched following flooding along the valley and across the country.  We are continuing to press them for it to be removed, raising this up via local Councillors and British Canoeing. 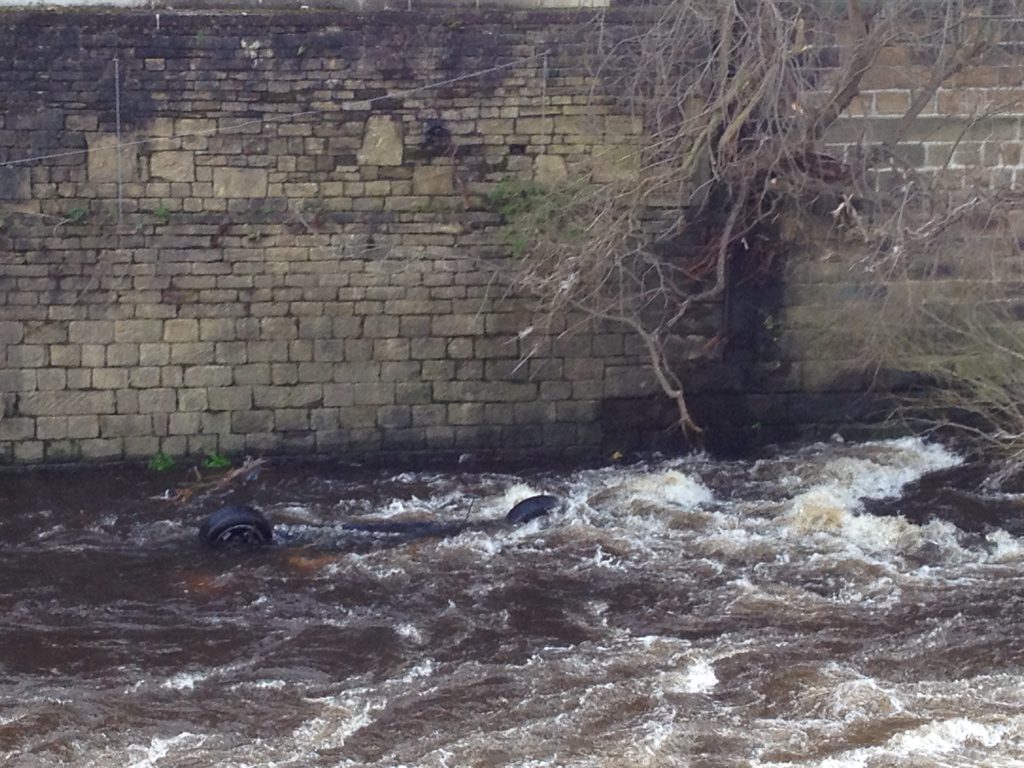 As you can see it is upside down perched on rocks. This is in the river right eddy below the second drop on the white water course. In it’s current position it is not blocking any of the drops on the white water course, but does take up a significant part of this eddy. You can check its location from the residents parking in the mill that the club is based in.  More recent high water levels since storm Ciara haven’t moved it, but there is always the possibility that it will shift at some point. We know it is going to be difficult to remove from that location as there is nowhere easily accessible to lift it from.

Now that levels have drop to the point where the river is paddle-able and likely to be in regular use over the summer we need to advise club members of this hazard.  As it is resting upside down there are various sharp edges on it as well as potential for paddlers becoming snagged or entrapped on it. It is also highly likely that the windows have smashed on its journey to this point.

Therefore (despite the likely fascination) we advise all members and others coming to paddle at Sowerby Bridge to keep clear of this new ‘feature’ in the river.